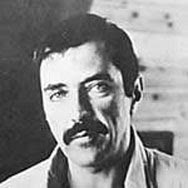 I'm hooked on the writing of William Peter Blatty.

Blatty is probably best remembered as the author of The Exorcist, the novel and screenplay. I'd seen the movie a few times and for some reason I can't quite remember looked it up online a few weeks ago and began reading more about Blatty. I became curious about him, and drawn to the spiritual, theological and philosophical agenda behind his work. So I finally read The Exorcist. It was terrific; good prose, sharp, compelling pace, strong characterization and dialogue.

I have to confess, though, that picking up The Exorcist was, for me, like picking up a loaded firearm. I had a number of associations with it due to my memories of the movie and my own feelings about faith and spiritual warfare. People of the Christian faith are warned, rightly, to be cautious about material that examines too closely what we call "the adversary." The work has, I think, a polarizing effect on such readers, and it is so prevalent in popular culture and discourse that you can get a feel for it before you even read it or see the film. I feel readers like me either encounter The Exorcist and get the slimy feeling one gets from dwelling too much on the Satanic or you feel empowered by it, encouraged by the fact that it is basically the story of God versus the devil with the good guys naturally and righteously winning. Within a few pages I was solidly in the latter camp, all my discomfort brushed aside. Well, not all of it; the book still made the hair on my arms stand up.

The Exorcist is a psychological thriller - well, a supernatural psychological thriller, a so-called "theological thriller." It's about a girl, Regan, who becomes possessed by a demon. After the girl's mother exhausts every medical and psychological possibility in attempting to cure Regan, she seeks out the help of Jesuit priests. Assigned to her case is Father Karras, a priest and a psychiatrist who has lost his faith in God due to heartbreak and fatigue. The story is, basically, Karras' attempts to find a psychological explanation for Regan's behavior – which includes speaking in multiple voices and languages, violence, changes in appearance, levitation and telekinesis – even as the supernatural explanation keeps hitting him in the face. Finally, Karras calls in the exorcist of the title, a priest named Father Merrin, and here we have a wonderful comparison between Karras, the troubled priest, and Merrin, a pillar of godly strength. The showdown commences, with Karras playing a pivotal role.

There's also a murder investigation afoot, and a budding friendship between Karras and a clever, Columbo-like cop, Kindermann (which prompts the remark about priests and policemen being identified by their uniforms, inside and out). Also examined are basic philosophical questions, namely the problem of evil and the existence of God. Blatty asks the reader to consider that some of the evil in the world is so monstrous it could conceivably come from a supernatural source, and that if you accept that you can accept the opposite, that some of the good in the world is so transcendent it must also come from a supernatural source.

I don't think I can do the strength of the work justice in this blog post, so I encourage you to read it. Be warned, Blatty was inspired in capturing the character of the demon and the work is riddled with unspeakable obscenities. But I'm gonna track down everything Blatty ever wrote. Next up for me is The Ninth Configuration, which I picked up at a dusty resale shop (my favorite kind). There's a great site on the web for all things Blatty here and all things Exorcist here. There's a much bigger story behind Ninth Configuration, a novel and a cult movie, which forms part two of an unofficial trilogy comprising The Exorcist, The Ninth Configuration and Legion (later made into the film Exorcist III).
Posted by Charlie Kondek at 1:16 PM